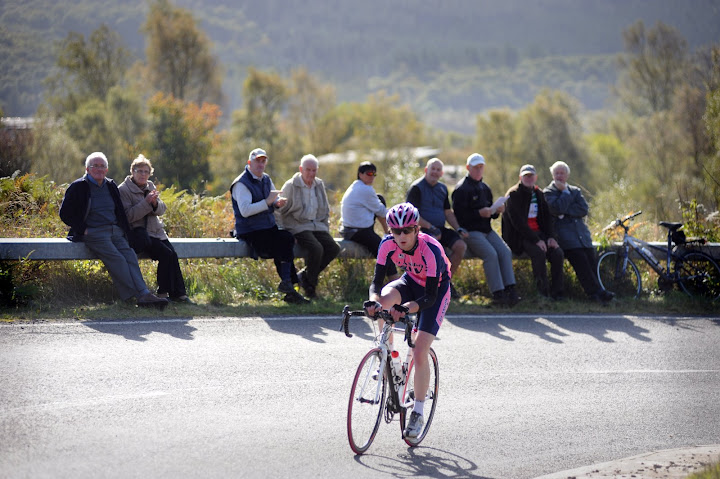 To illustrate the history, above is the Ivy’s Terence McMahon, aka twohitsthesix on twitter, starting the first climb up the Dukes Pass in 2009. The Chryston Wheelers veteran Ashby MacGowan is seen below climbing it in the 1960s. Picture by Robert aka Paris-Roubaix on flickr. Robert recalls the course in the early 60s: Leaving from the outskirts of Aberfoyle, climbing the long Duke’s Pass, down the other side, alongside the lochs and over a very lumpy circuit to Callander, then climbing the Braes of Greenock, alongside the Lake of Menteith and finishing just before Aberfoyle. It was around 27 miles then. The course has been changed slightly now due to traffic, etc. You got a good push-off then!

Now it misses out the Braes of Greenock, and takes in a long drag out of Callander and the ‘Mini-Braes’ climb to Thornhill, before a flatter run-in.

I’ll try to post a bit more build-up in the next couple of weeks, including any pics and info of the Dukes Pass I can find, as it’s long overdue a post in my Scottish Climbs series.