Sometimes it’s all about instinct. This striking image, capturing Chris Barr about to the deck at the Strathclyde round of the Scottish Cyclocross series, conveys many things for me.

The unbridled instinct of the improver, bursting with enthusiasm and gridded at the front, to sprint full gas but underestimate the treacherous conditions and potholed surface.

The instinct of the seasoned racer, well-versed in the rough and tumble of Belgian racing, to anticipate the chaos and take a wide line to avoid potential chaos. The reactions kick in, to resist grabbing a fistful of the brakes, shift your weight on the bike and squeeze past the danger.

The instinct of the photographer, Mike Bishop who shoots a range of sports, to position himself near the bottleneck, sensing an incident may happen at the bottleneck formed by the gate.

In my 5 years of racing 3rd and 4th category road races and crits, I was amongst numerous crashes. They are caused by lack of awareness, limited skills or the twitchy sense of anxiety, that leads to knee-jerk reactions when the squeal of brakes on rims makes its way back through the pack.

I only ended up on the deck twice though – once, an unavoidable mass pile-up in the most chaotic of sprints in the May Day Gallop, where I bailed into the grass verge. Another time, entirely my own fault, losing the wheel on a 90 degree corner down in Ayrshire, after torrentially wet conditions led to that treacherous drying surface. But most of the time, I would float past the incidents. I was never the most confident road racer but seemed to find a degree of mental relaxation that helped me get around the incidents. This has continued as I got into cyclocross, whether it is down to my own calm or simply luck. Having ridden mountain bikes as a teenager and 10 years of snowboarding may have helped.

I may well be reading too much into things, however – the rider pictured on the right, Michael Nicolson, was modest and pragmatic when I quizzed him, saying he hadn’t picked a special line or had any sort of special ability to avoid crashes. ‘Crash avoidance is probably an experience thing and I’ve got plenty experience of being crashed’. Doing three kermesse races a week in Belgium, where he spent several years with the ASFRA Flanders team is the best way for a bike rider’s to sharpen their reflexes. It’s where any young European rider looking for a contract will go, and the competition is fierce. He light-heartedly added that ‘not sprinting out the saddle into a puddle of unknown depth’ would be high on the list of ways to stay upright.

Experience of crashes can lead to various things – nervousness and fear, the ability to see them coming in the future, or a determination to get back up and go again. Chris’ response leaves us in no doubt, stating his intention with a famous Theodore Roosevelt quote:

It is not the critic who counts; not the man who points out how the strong man stumbles, or where the doer of deeds could have done them better. The credit belongs to the man who is actually in the arena, whose face is marred by dust and sweat and blood, who strives valiantly; who errs and comes short again and again; because there is not effort without error and shortcomings; but who does actually strive to do the deed; who knows the great enthusiasm, the great devotion, who spends himself in a worthy cause, who at the best knows in the end the triumph of high achievement and who at the worst, if he fails, at least he fails while daring greatly. So that his place shall never be with those cold and timid souls who know neither victory nor defeat. 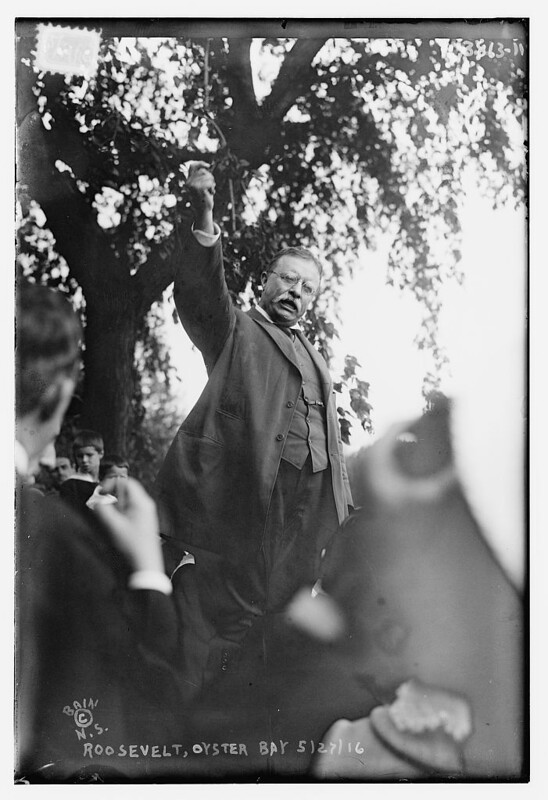